Home » Featured » Baking Through the CIA: Counting Down

Baking Through the CIA: Counting Down 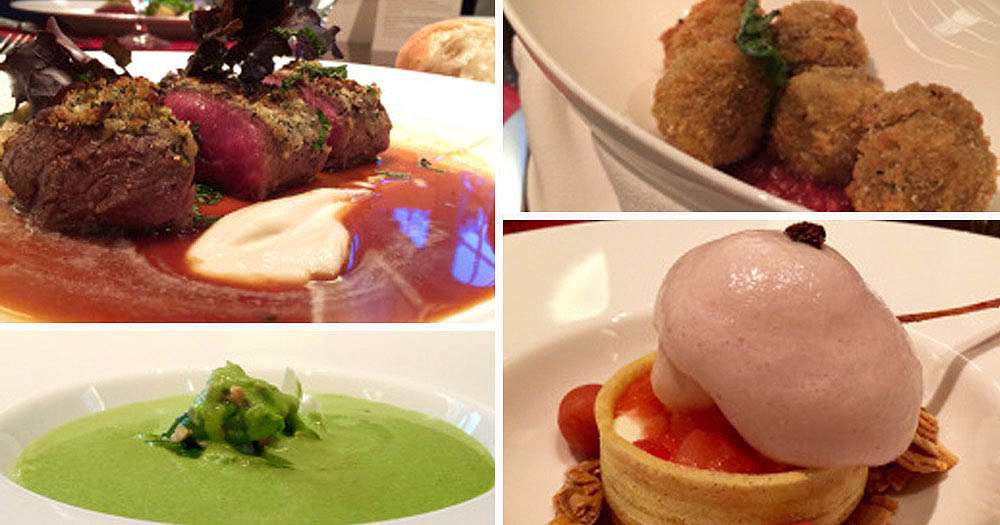 I have hit the final stretch. In just 28 days, I will be driving up to the Culinary Institute of America, where I will embark upon a journey down a new career path. I am filled with this sense of overwhelming excitement, as I put together my shopping list, and prepare for this once in a lifetime experience.

Almost a year ago to the day, my family went out to dinner at the American Bounty Restaurant to celebrate my father’s birthday. As I took my first steps on campus, I soaked in the importance and sense of history exuded by the opulent grounds. Even without being a student, I felt as if I were being graded on my appearance and behavior. Upon entering the restaurant, we were seated by a large display window looking into the kitchen. As I ate one of the top 10 meals of my life (5 of which were from the CIA), my eyes stayed fixed on the happenings in the kitchen. The dessert station (my main interest) happened to be located right in front of the window. Our waiter must have taken note of my gaze, as at the conclusion of our meal, he offered us a private tour of the kitchen. As we moved station to station, our waiter made small talk, eventually asking if I was to be attending the school. My mother jokingly responded, “Not yet”. Two days later, she sent me an e-mail, inquiring whether I would be interested in attending an upcoming open house. One week later, I was back on campus for a tour and info session. Another week after that, I applied and was accepted to the school.

Now, one year later, we found ourselves back on campus to once again celebrate my father’s birthday, as well as spend some quality family time together before my imminent departure. We chose to dine at The Bocuse Restaurant, the school’s contemporary French eatery. We had eaten here previously for my mother’s birthday during the winter season and were blown away by the quality and complexity of their offerings. We entered the restaurant, greatly anticipating what their new spring menu had in store. As we were seated, I was excited to see that contrary to what their website displayed, their entire menu had indeed been overhauled for the new season, as opposed to just their appetizers and desserts. I ordered three courses and a side.

I started my meal with a chilled asparagus soup, consisting of a half dollar sized hazelnut milk custard, topped with milk tuilles, asparagus tips, and chive oil, surrounded by a bowl of asparagus puree soup. I have to admit to some initial humorous confusion, as I did not realize they pour the soup into the bowl at the table. I mistakenly believed the small custard center to be the entire appetizer when it was placed in front of me. Needless to say, I was relieved when they filled my bowl with the emulsion. The puree tasted fresh and carried a prominent asparagus flavor. It tasted like there was little more than salt added to enhance the natural flavor of the vegetable. A small amount of finely chopped hazelnut was mixed in amongst the puree, adding some textural interest, as well as the occasional bitter crunch that mellowed out the sweetness of the asparagus, preventing it from being mundane. The hazelnut and milk custard took on the flavor of the surrounding puree, ultimately only adding to the textural diversity. The dish was fresh, creamy, and light, and was the perfect start to a spring meal.

For my entrée, I ordered the lamb loin, served with lamb tortellini, morel cream, pickled mustard seeds, baby lettuce hearts, and buttermilk dressing. This was a knockout dish. The loin had a remarkably even cook and was crusted in the mustard seeds, which left a floral bouquet of flavor that lingered after every bite. The ratio of seasoning to meat was excellent, preventing the flavors from being too sharp, while still allowing the natural flavor of the meat to shine through. The plate was flooded with a tangy, yet subdued brown sauce, with sour notes that balanced out the flavor of the lamb. A small dollop of white morel cream sauce intersected the brown sauce, adding a flavorful addition, as well as a striking visual contrast. The lamb tortellini consisted of paper thin, slightly chewy skins, surrounding a mash of cheese and lamb. Their creaminess was an excellent addition to the overall composition of the dish. These were positioned atop a lettuce heart, which was covered in the buttermilk dressing. It was somehow soft, yet not soggy. This portion of the plate was garnished with a trio of morel mushrooms. The waiter suggested we order the dish medium rare, based on the chef’s recommendation, yet the meat was closer to rare. It ultimately did not have any negative effect on the overall quality or my enjoyment of the dish.

As an added side, I ordered their eggplant “meatballs.” These were breaded and fried, golf ball sized servings of mashed eggplant. They were served atop a small spoonful of spiced tomato sauce, which added a nice bit of acidity to their flavor. Like everything else served to us, they were spiced just right, adding to the overall flavor, without becoming overbearing. They tasted very similar to falafel, though they lacked the oiliness typical of fried foods.

For dessert, I had the charlotte a la fraise et a la rhubarb; a small round cheese cake, served atop a salted butter sable, surrounded by a thin layer of sponge, topped with a frozen strawberry and rhubarb compote, and strawberry foam. This was the perfect way to end a meal. I had had this dish once before, during my winter visit, though the strawberry and rhubarb components had been replaced with carrots. The strawberry rhubarb compote took on a somewhat sorbet like consistency when frozen, and had a very interesting mouth-feel when sandwiched between the warmer foam and cheesecake portions of the dessert. When eaten together, the combination tasted reminiscent of strawberry ice cream. It was creamy, crunchy, mild, satisfying, and lacked the mild sourness one would typically associate with cheesecake. The plate was garnished with salted almond clusters, which added a sharp salty bite when scooping up the sweet remnants of the dessert from my plate.

As I’m sure will be the case with the education I receive at the school, my latest visit to the campus’s restaurants has exceeded all expectations. I have already fallen in love with the school, and am excited to see where my future there takes me. Stay tuned for more to come in the upcoming weeks, as I chronicle my education at the Culinary Institute of America.