A Day at Givaudan: Exploring the Flavor Factory 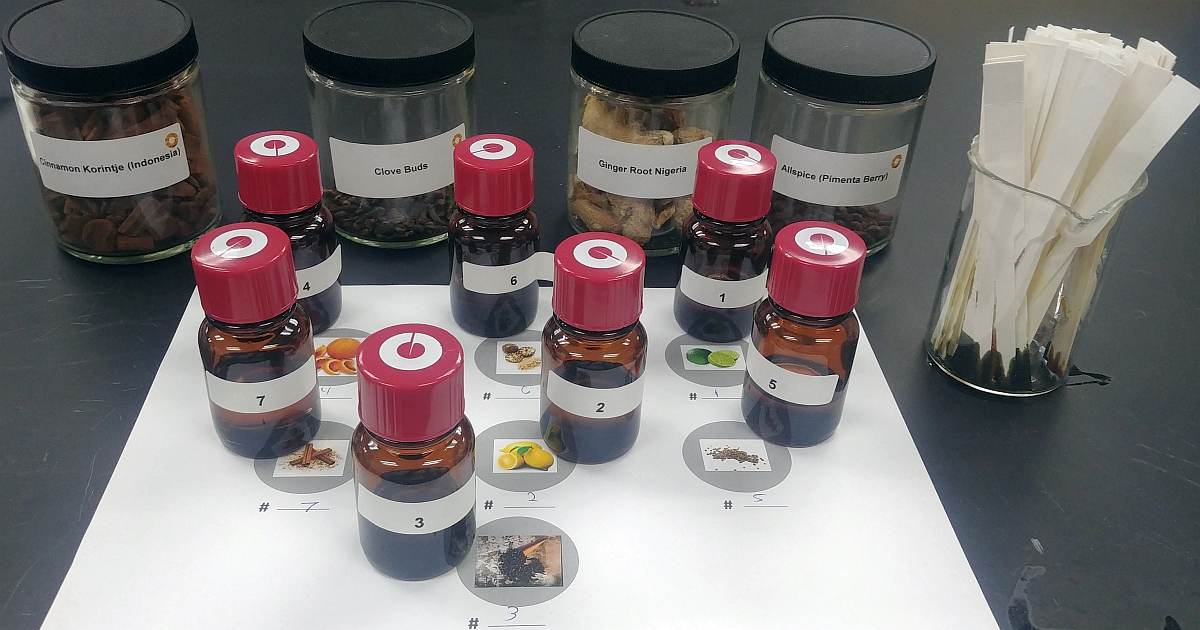 This past July, my teacher Chef Lui, a few corporate chefs and interns, my fellow culinary science classmates, and I made our way down to Hanover, NJ to tour the “Flavor Factory,” aka, Givaudan Flavors Corporation. As we all emptied out of our cars, we immediately began to play a guessing game. What was the smell in the air? Ginger? Soy sauce? That guessing game continued as we all moved through the various buildings around the facility. Cinnamon, then orange sour patch kids…caraway, then lemon cleaner. The list went on and on! 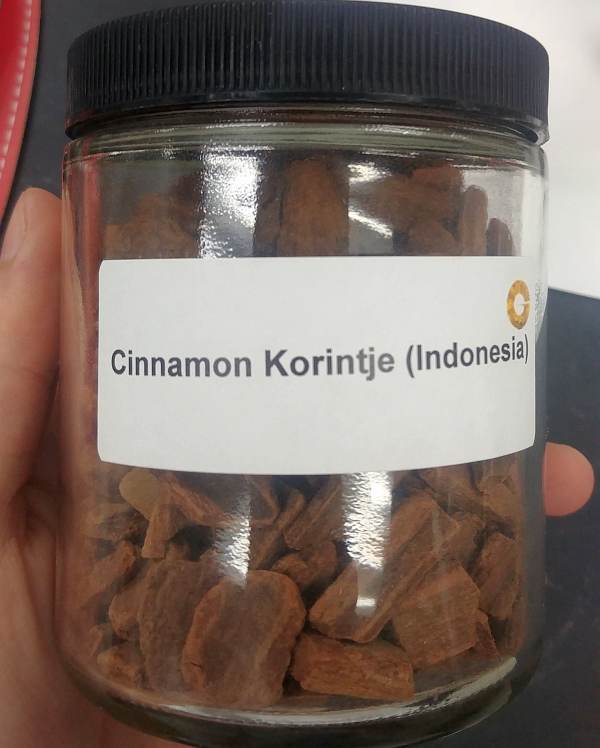 Led by Givaudan’s Jim Hassel, Jeff Berry, and CIA alumna Carrie Born, the tour started off with a quick history and overview about the company. It was incredible to hear that the thousands of every day and custom extracts the company produces are all-natural! They’re even processing the dried leftover vanilla beans and ginger further after extraction, to be used for ice creams and animal feed so that waste is minimized.

Before we continued the tour, Jim wanted to let us smell and work with the extracts a bit before diving into all of the heavy machinery. First, they walked us through the selection process by passing around jars of whole spices from different countries so we could identify the differences between each varietal. Then we tested our sense of smell with a matching game where we matched the vial of dark extracts to the seven different flavor choices—cloves, cardamom, lime, blood orange, cinnamon, nutmeg, and lemon. For the finale, Jim pulled out the final product that was created from a mixture of those extracts: cola! I would have never thought all of those citrus and baking spice flavors went into creating the classic cola flavor, but it just goes to show how Givaudan’s scientists and flavorists are able to work with companies to create a complex, delicious product. 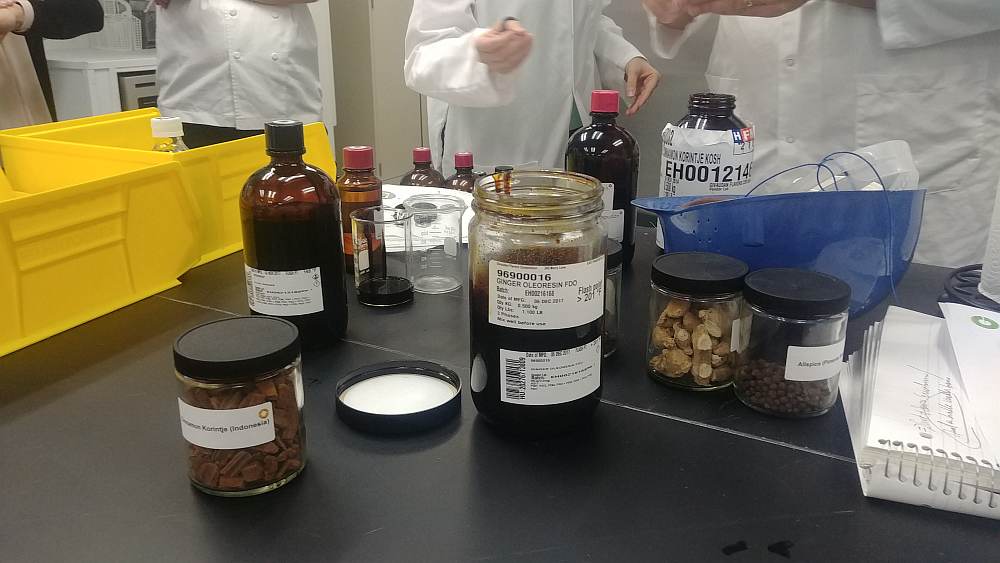 After donning our long white lab coats and bright blue construction hats, we were walked through the entire process from start to finish on the manufacturing side. It was wonderful seeing the large shards of cinnamon bark, following their journey as they were crushed and put into the immense vats with solvent, and learning the different extraction methods.

As a culinary science student and a baker, I felt privileged to have the opportunity to see where natural flavorings come from and discover the different methods behind the madness. The visit and tour by Jim, Jeff, and Carrie have inspired me to consider flavor scientist as a future career.

« Baking Through the CIA: Life in the Kitchen » Simply Jules: A Fresh Start