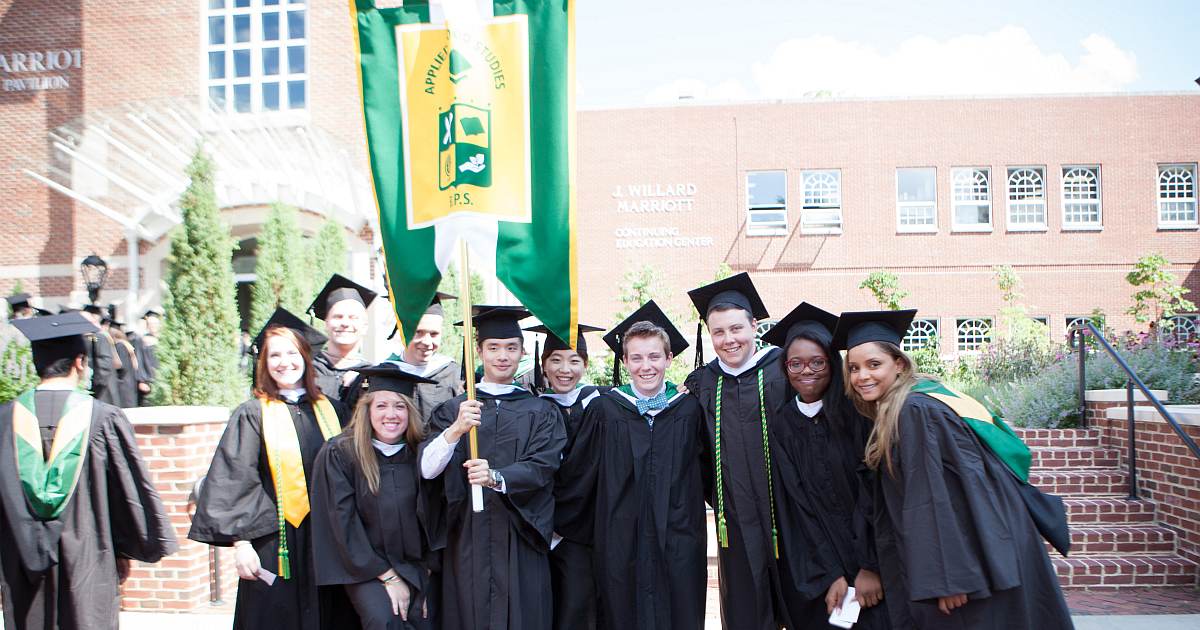 It’s college graduation season! To celebrate, we present these seven things you’ll only see (or hear, or taste) at a CIA commencement ceremony.

Sure, students throw their caps in the air at the end of all commencement ceremonies—including CIA bachelor’s grads. 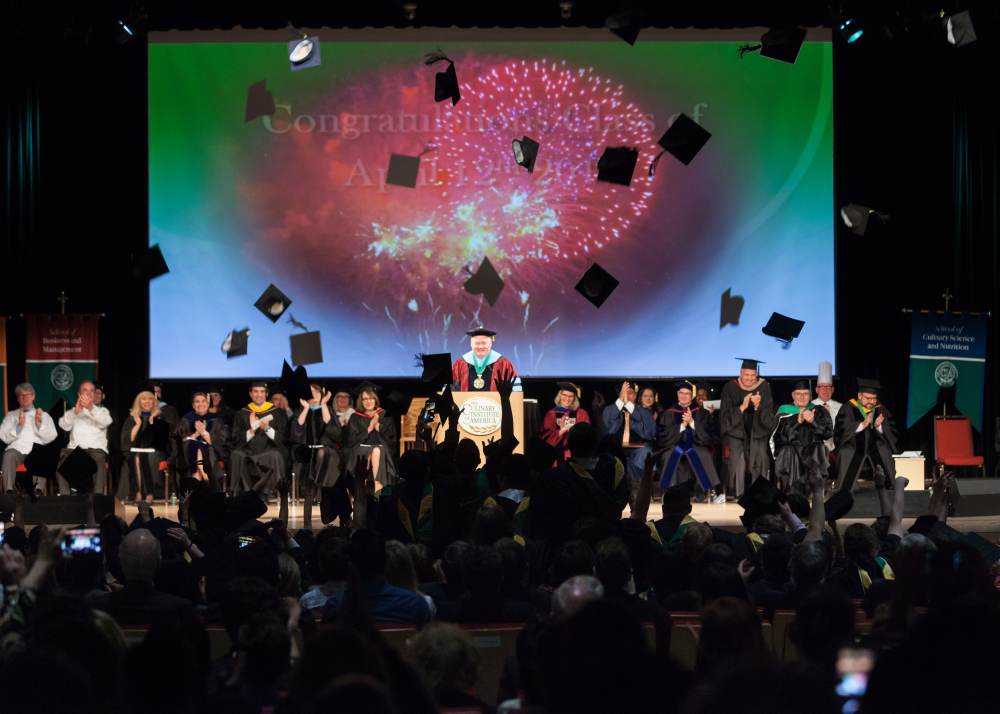 But seeing those crisp white toques flying through the air as CIA associate degree students hoot and holler is a real treat—and the only time our faculty would ever allow such treatment of the chef’s uniform, guaranteed! 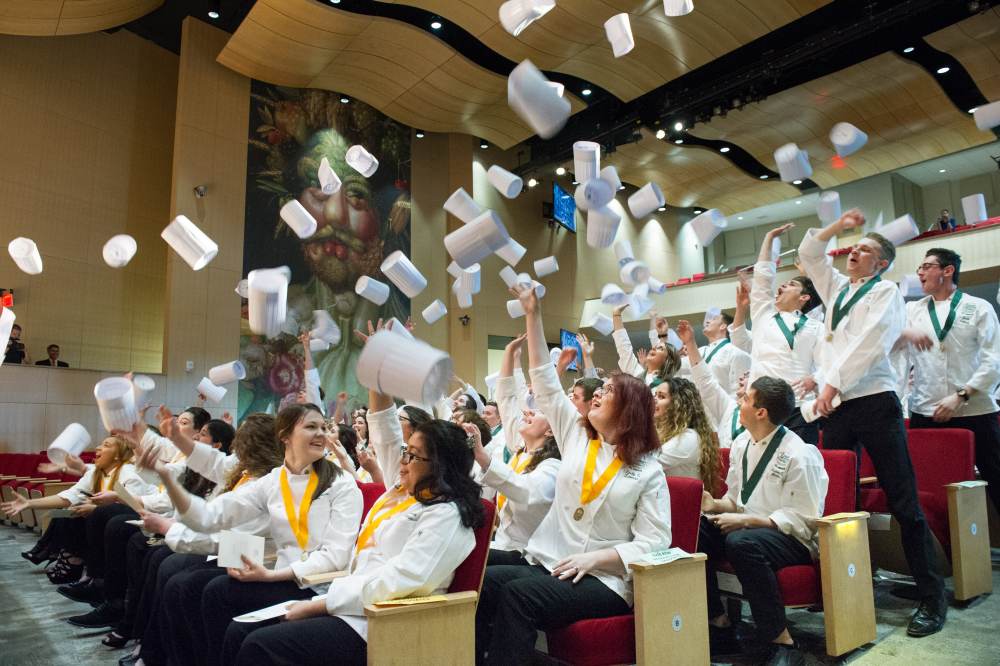 Where else can you see giant cooking tools play a key role in graduation day tradition? 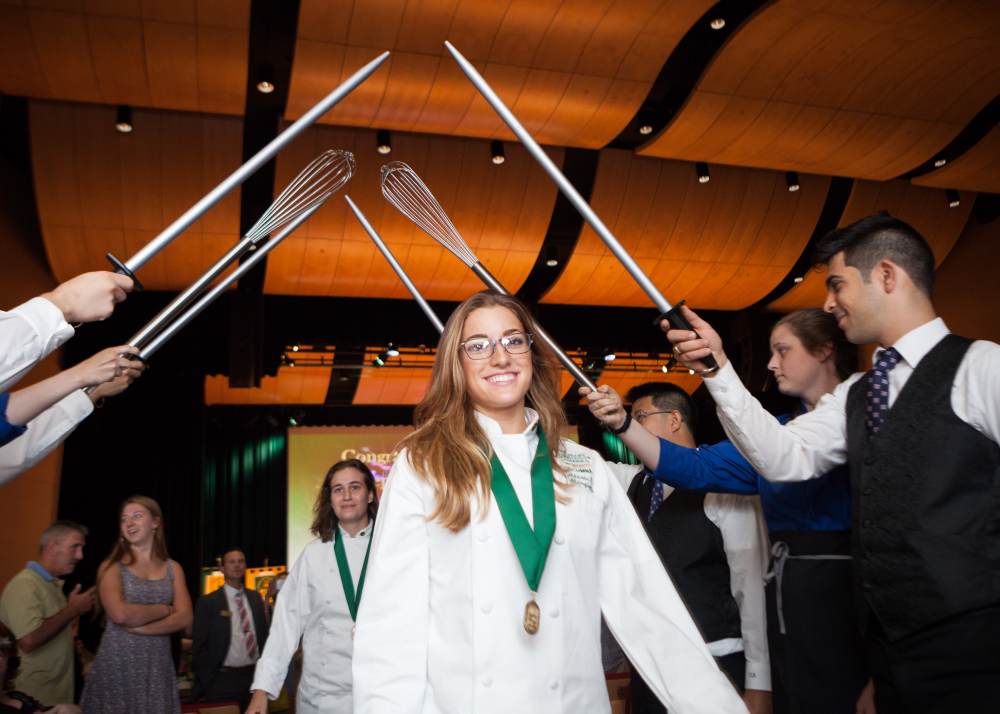 At the conclusion of the ceremony at the New York campus, students pass under raised arches of whisks and sharpening steels. 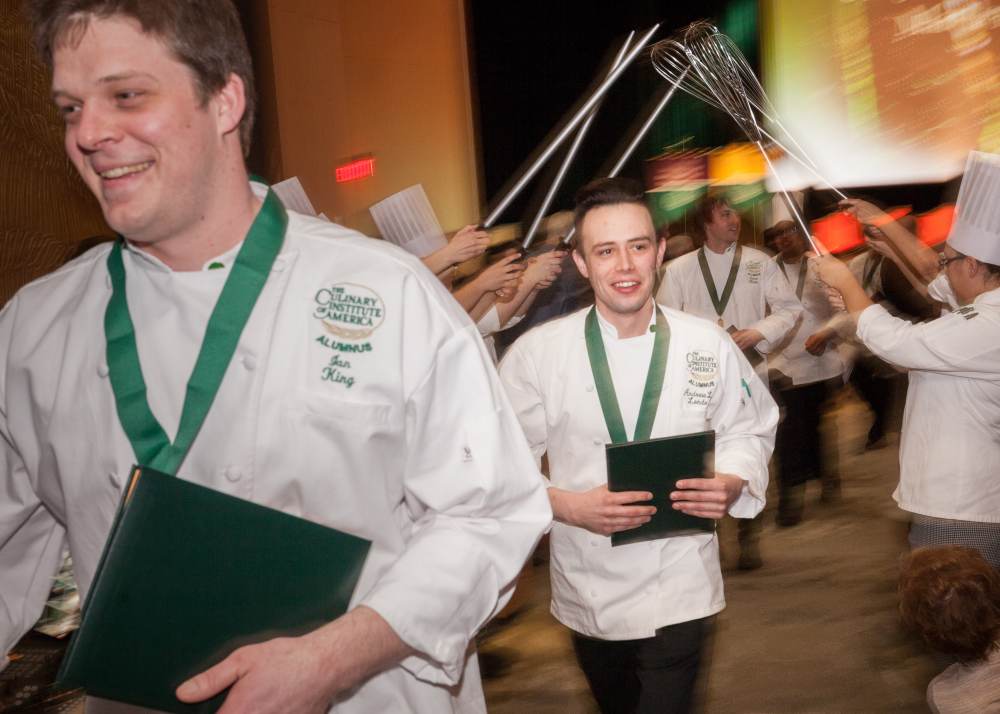 That would be “Lou’s Wall” or, more formally, Gastrotypographicalassemblage, a whimsical work of art conceived and designed by renowned graphic designer and CBS creative director Lou Dorfsman. 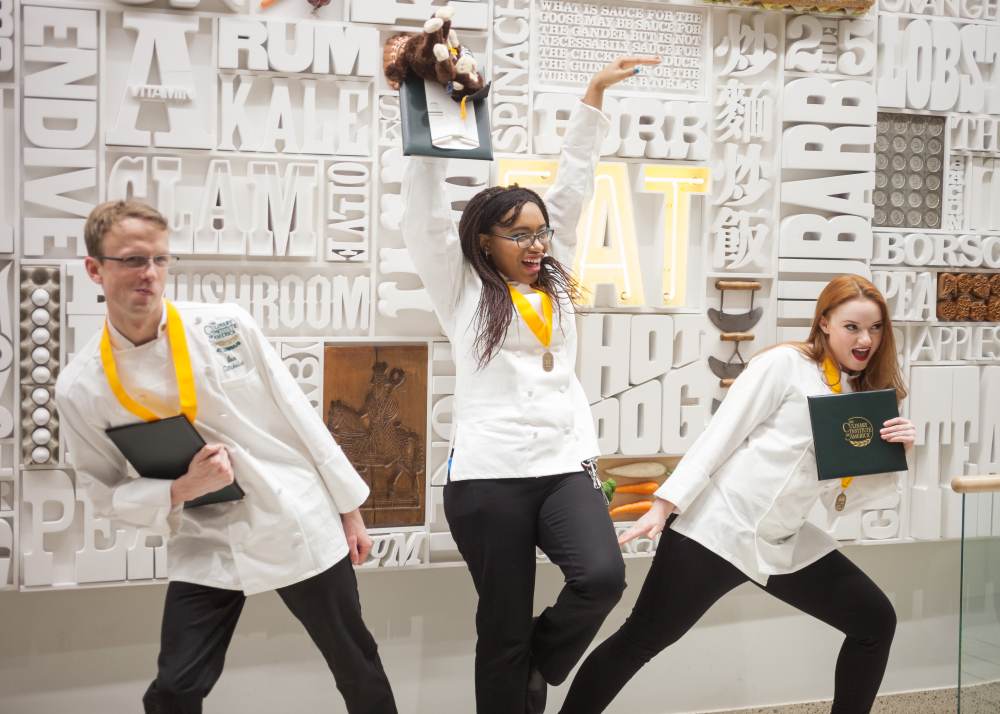 This 33-foot-long, 8-foot-high, three-dimensional ode to typography and food is a perfect backdrop for those memorable photo ops with grads on their big day! 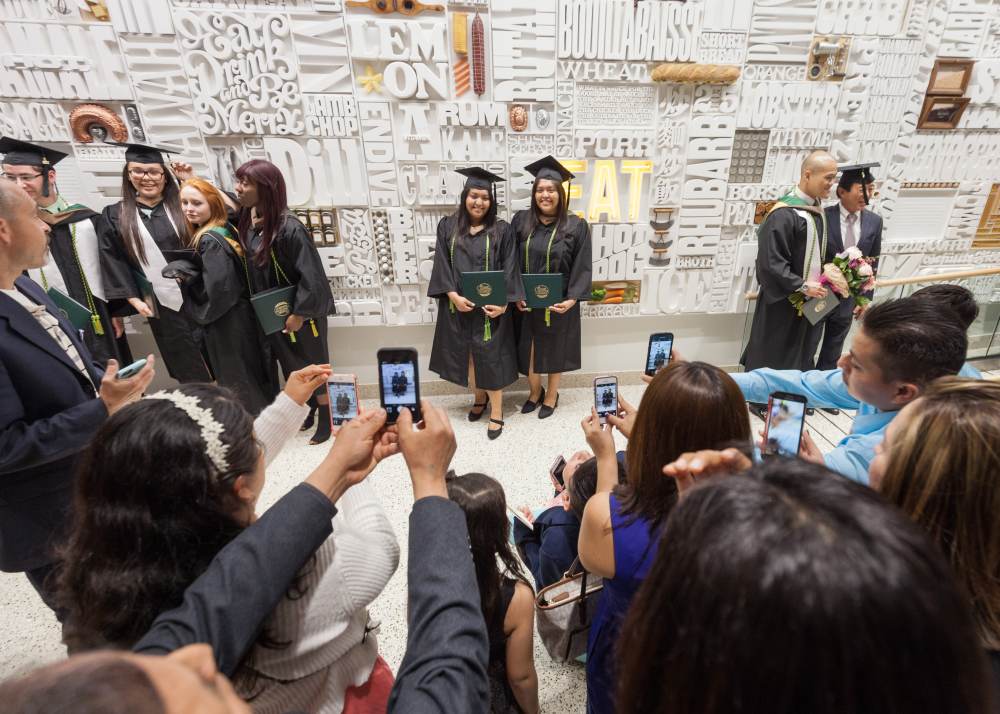 The CIA San Antonio graduation is certainly a horse of a different color—it’s held in a stable! 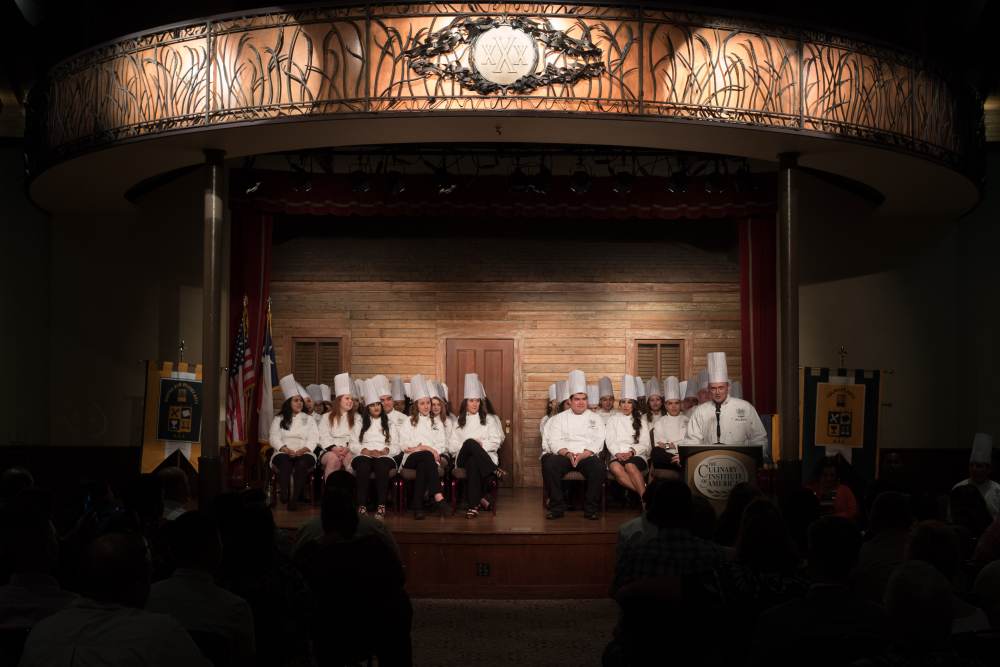 Well, not exactly. It’s the Pearl Stable, the grand home to the former brewery’s draft horses in the late 1800s that’s been transformed into a special events venue adjacent to the Texas campus. 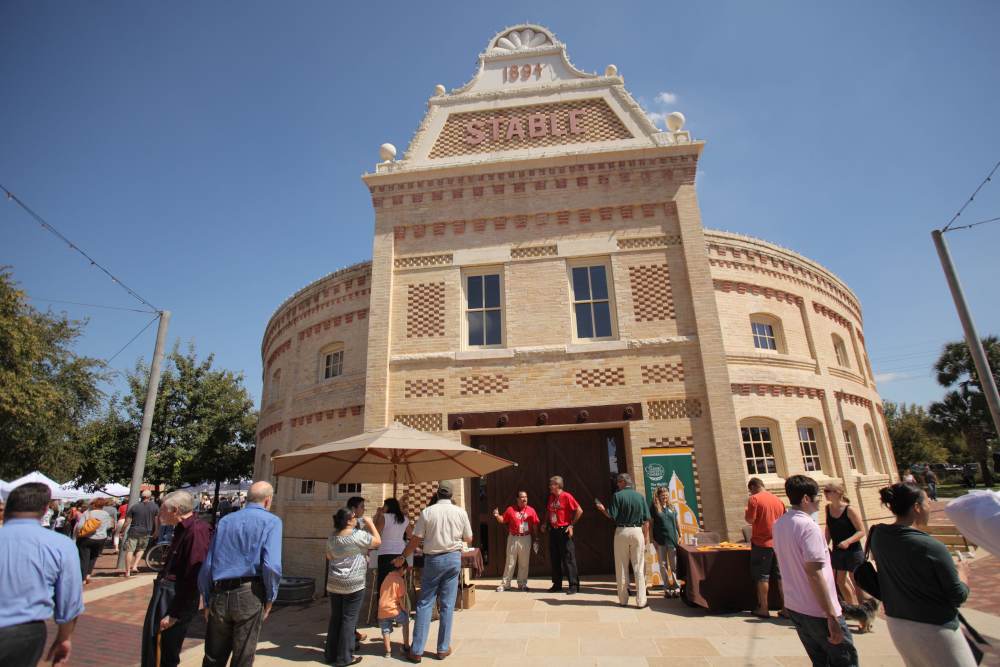 Yeah, it can get pretty loud. Graduations at the CIA California campus feature a traditional banging of pots and pans as students begin the procession. 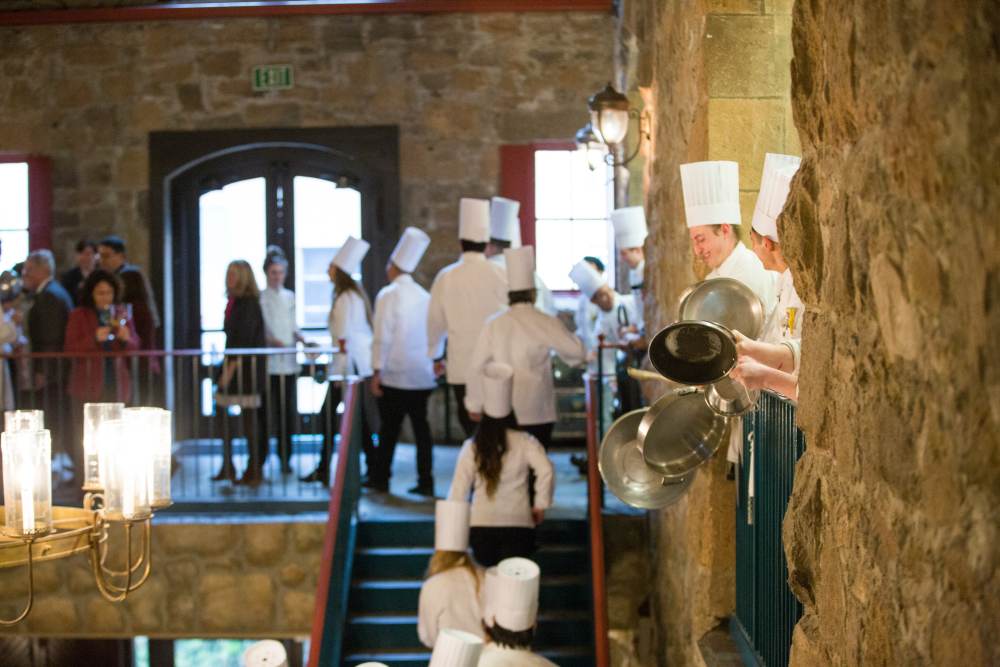 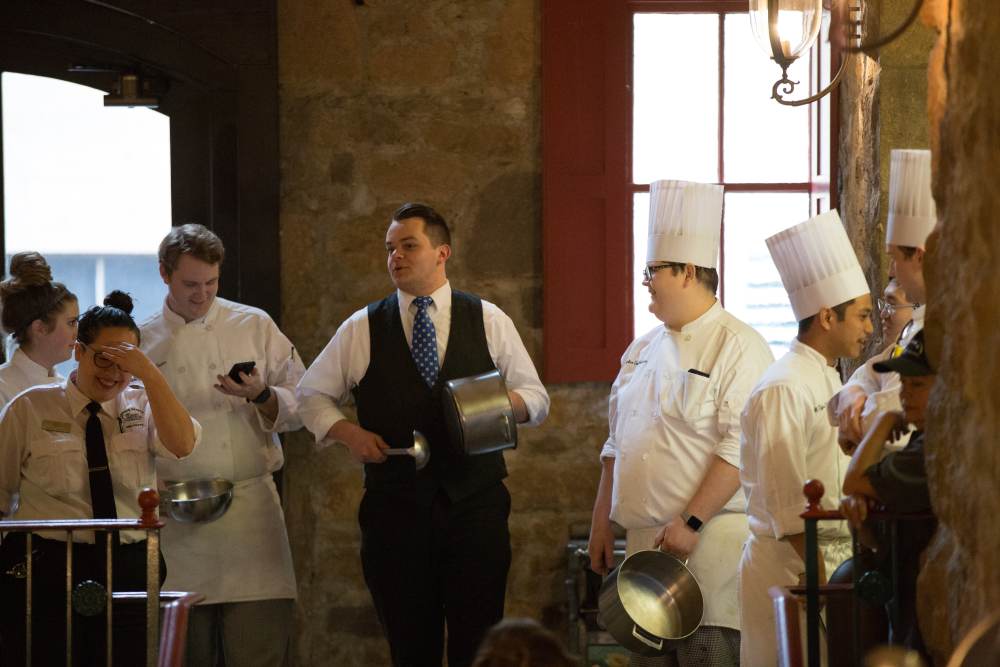 Following CIA California graduations, the college holds its Culinary Celebration reception in the Barrel Room, a magnificent holdover from the building’s past as the Christian Brothers Winery. 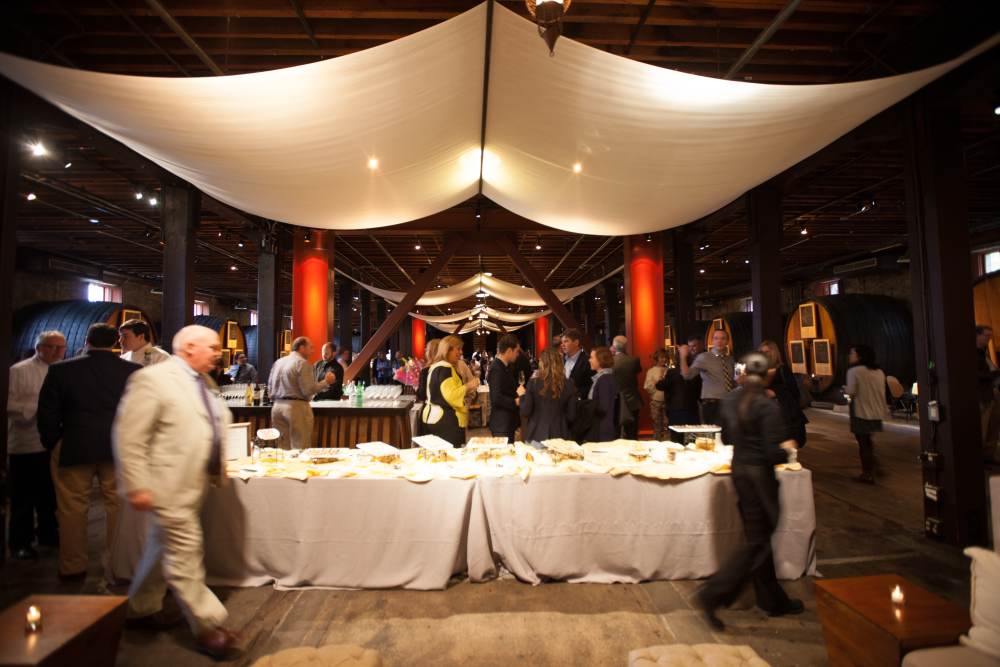 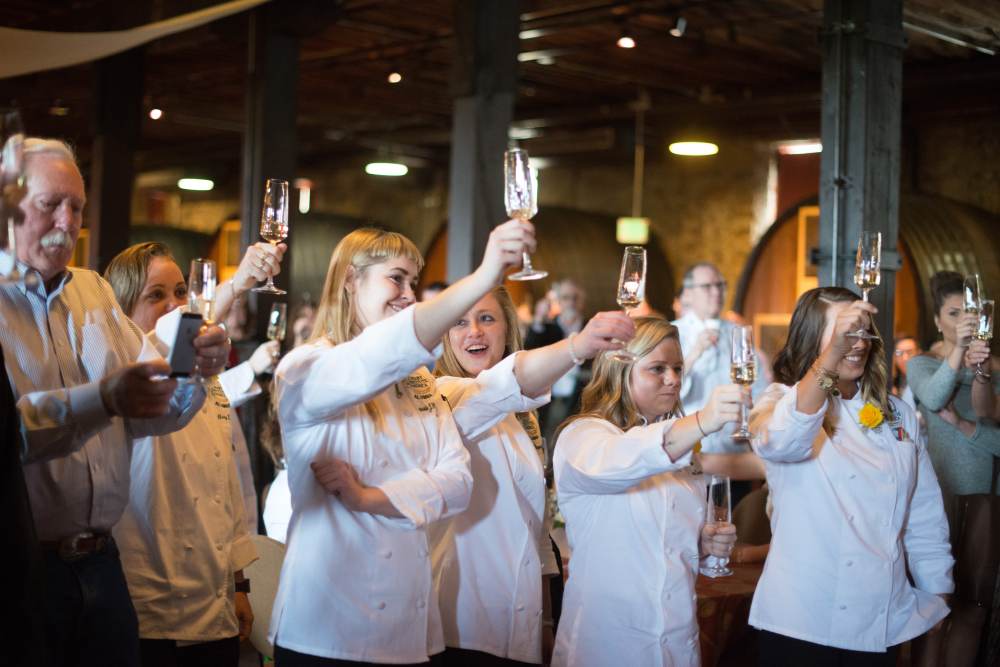 If there’s one thing that makes a CIA graduation celebration stand out more than any other college, it’s the food! Whether it’s at the campus in New York… 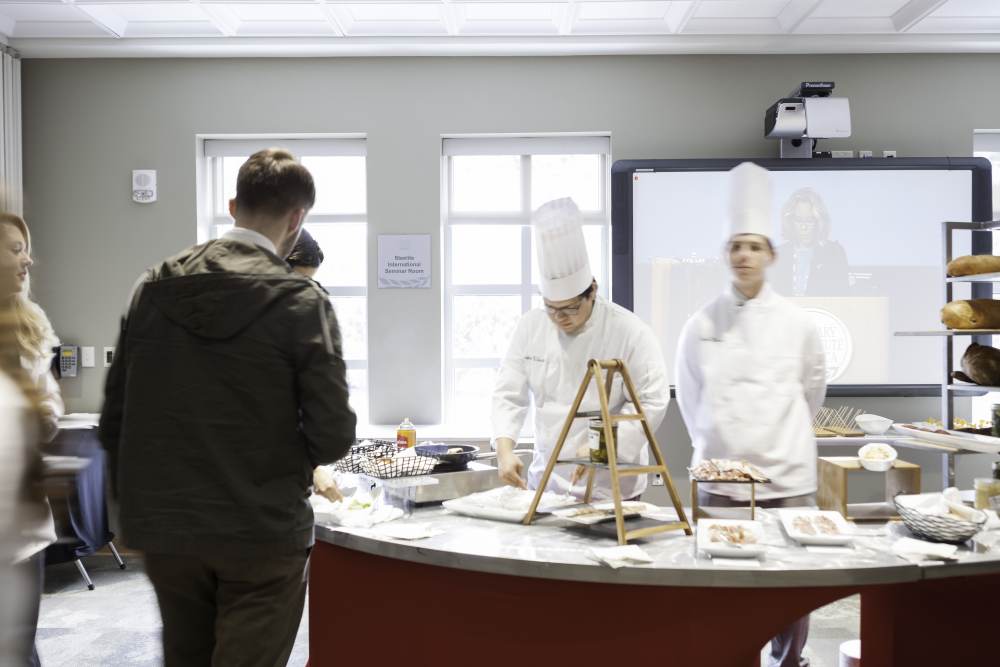 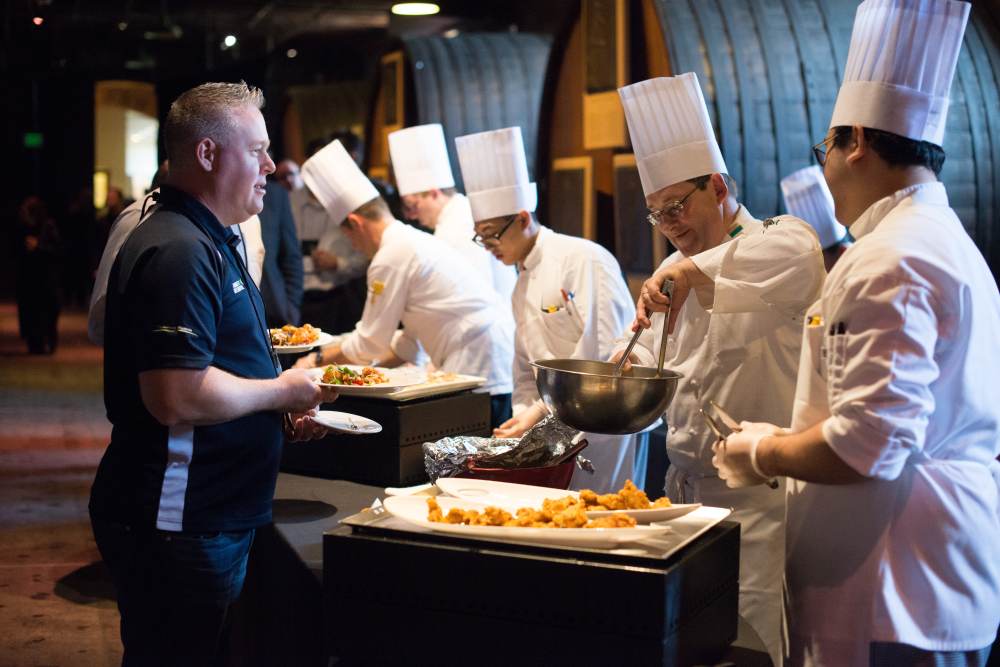 or Texas, nobody puts out a spread quite like The Culinary Institute of America! 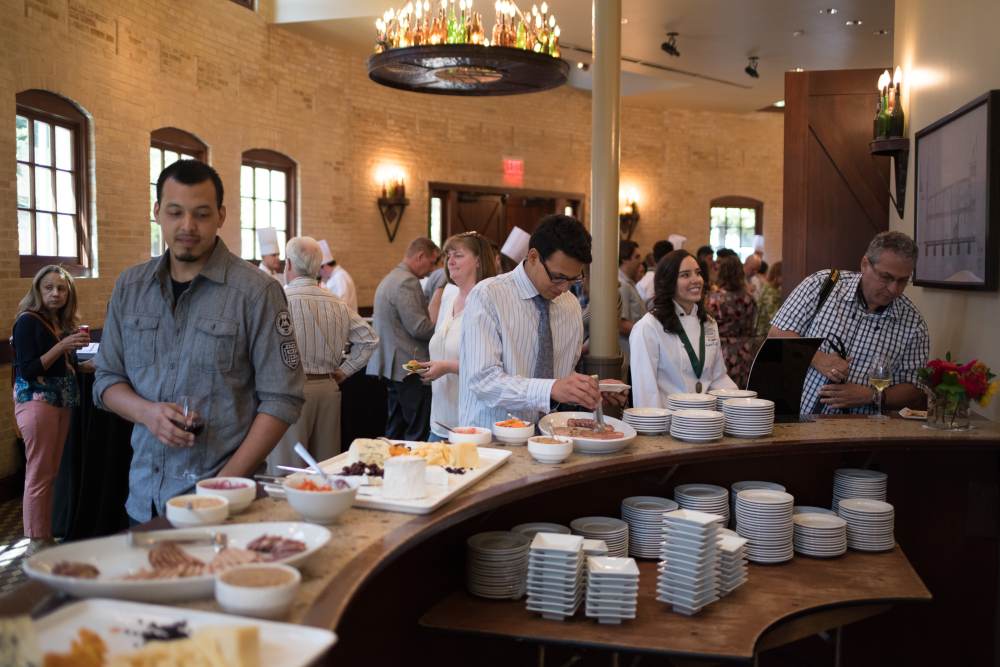 So congrats to all you recent college grads! May your future be filled with success, happiness, and especially great food!