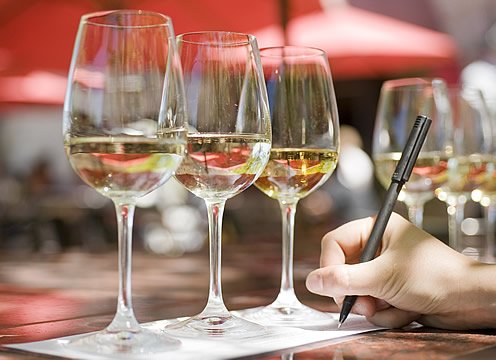 The Court of Master Sommeliers certification exam is by all accounts a very demanding test of a wine professional’s skill and knowledge—and graduates of the CIA’s Accelerated Wine and Beverage Certificate Program (AWBP) were certainly up to the task.

Twelve of The Culinary Institute of America’s recent AWBP grads sat for the Level II exam this May, and every one of them passed. In addition, Amy Racine ’11—who also holds a bachelor’s degree from the CIA—became the first AWBP graduate ever to pass the Level III Advanced Sommelier exam. Brimming with excitement, Amy was quick to credit her CIA education for her historic accomplishment.

“The AWBP at the CIA at Greystone was an extraordinary experience. The education there helped me gain an immense amount of knowledge in a short period of time,” she says. “And the wine culture in Napa is so welcoming and passionate, always greeting the class with open arms. There really is no other program like it.”

Today Amy is beverage and wine director at Sons & Daughters, a Michelin-starred restaurant in San Francisco, CA, as well as at two other restaurants under the same ownership, Sweet Woodruff and The Square. It’s been quite a ride for this driven wine professional.

“I have been able to build on the foundation of what I’ve learned, in the direction that I choose to follow—specifically, becoming a wine director and earning my Level III certification,” Amy says. “The support system from the education board, fellow students, and alumni has been an essential part of my ability to achieve my goals.”

Achieving goals was something Courtney Huminston had in mind in 2010 when she hopped in her Jeep and headed cross-country from Manhattan to the CIA’s Napa Valley campus. Turned out it was a very worthwhile trip.

“I chose to attend the AWBP at the CIA because there is no other program like it in the world,” recalls Courtney. “The classroom knowledge, the guest speakers, the field trips, the rigorous daily tastings—it all launched what has been an incredible and rewarding professional journey for me in the world of wine.” That journey has included writing about wine for many leading publications and websites, and led Courtney to her current position as wine director and sommelier at Dry Creek Kitchen in Healdsburg, CA, owned by CIA alumnus Charlie Palmer ’79. Along the way, she also successfully completed the Court’s Level II exam. 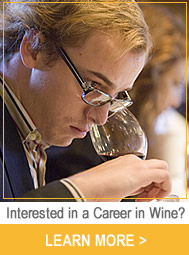 For many professionals, these exams represent another step toward their ultimate goal—passing the Level IV exam and receiving the Master Sommelier Diploma. The letters “MS” on a résumé reassures employers that a wine professional is a true master who can control an efficient, profitable beverage service. Over the four decades since the Court’s first examination was held, 219 candidates have earned that distinction, the ultimate professional credential anyone can attain worldwide in the service of wine, spirits, and other alcoholic beverages.

With the CIA’s AWBP grads in the running, there’s a pretty good chance that number will grow.